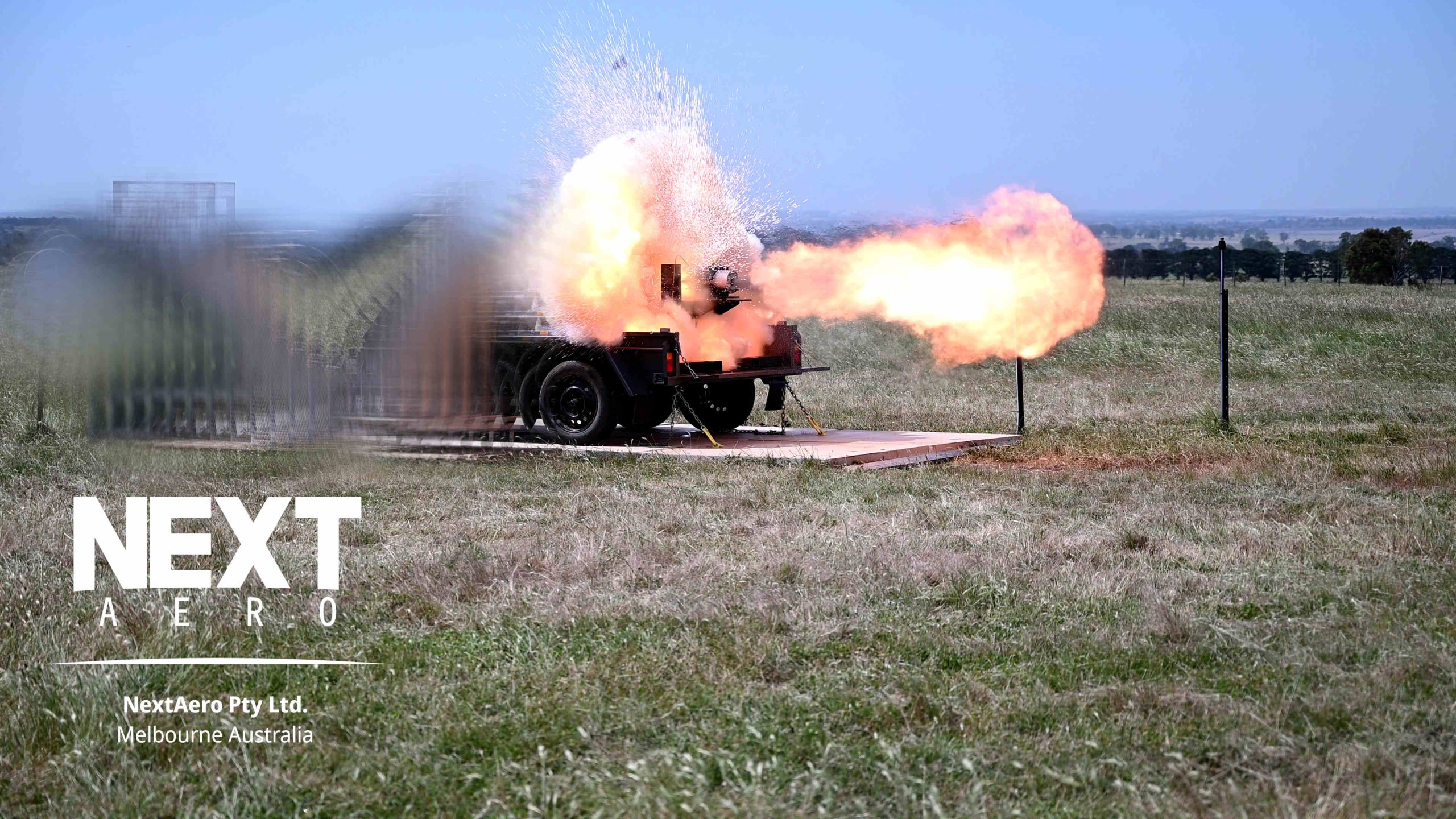 Developing rocket engines is hard. At NextAero, we have first hand experience. During our benchmarking activities comparing the thrust performance of the bell and aerospike nozzle geometries, we’ve worked out how to start rocket engines… and how not to…

In this post, we look back on some of our lessons on starting rocket engines.

#3 Watch Out for Adiabatic Compression

When a gas is compressed quickly, it heats up. If you pump your bike tyre quickly and touch the cylinder of the pump, it can be quite hot. This is because the temperature of a gas is directly related to the velocity of the molecules moving around inside. As a gas is compressed, molecules are forced much closer together in a smaller volume. This dramatically increases the temperature of the gas. When we compress a gas slowly, the heat from the compressed gas has time to escape through the walls of the cylinder. However, when we quickly compress the gas, the gas heat does not have time to conduct through the walls of the cylinder and the gas can become extremely hot. This is the exact principal used in a fire piston – a fire starting device that uses nothing but air, some tinder, and a piston.

Any thermodynamic system that does not allow temperature to travel through the walls of a container (or cylinder) is called adiabatic. Adiabatic compression is a term where very quick compression of a gas occurs, and the gas heats up to incredible temperatures (~700-1500C) in just a fraction of a second. This can occur when a valve is opened too quickly and the liquid slug slams into downstream components. That’s exactly what happened in the case above. When a valve was opened, the high pressure liquid propellants flew forward to the next flow component. The air in front of the liquid slug was compressed extremely quickly. The air ignited metal tubing inside the piping and mixed with the oxidiser propellant, which is a self sustaining reaction: more metal burns and more oxygen is provided.

Adiabatic compression was a well known phenomena to our team, but maintaining a primed state to avoid air pockets is challenging, which our team learned the hard way.

There are two main ways of transferring fluids: Rigid tubes and hoses.

Each have their benefit: Rigid tubes have a smooth inside meaning that the fluid flows with very low friction. Tubes also have a very high pressure rating and are cost effective. Hoses are much easier to assemble as they are more forgiving when aligning fittings – allowing the team to prototype faster.

Flexibility of hoses is both a benefit when assembling, and a potential failure mode when fluid is flowing through the hose. In this particular case above, we found out the hard-way about how quickly we could pressurise our hoses. Hoses typically don’t handle quick pressurisation well. This is because sudden high pressure fluid inside a hose causes the hose to flex into a new position. If this pressurisation happens extremely quickly, the hose can over-flex and kink. The kink causes a stress concentration that can rupture the hose at pressures much below its burst pressure. In our case, we quickly pressurised our main LOX hose, which kinked and ruptured. In the photo above, the hose can be seen flying up above the trailer!

The most spectacular explosion during startup at NextAero happened in late 2020 while the team were setting up the ignition timing for the engine. The general startup procedure for these LOX/ethanol rocket engines is that an ignition torch fires for a fraction of a second while the main propellants are injected into the chamber. The ignition torch is generally uncooled, and so we can extend its life by reducing the amount of operating time. As we were reducing the length of time, the explosion above occurred. Likely too much un-ignited propellant had collected as a liquid in the horizontal combustion chamber. When the ignition torch lighted this mixture, the hot combustion products quickly over-pressurised the chambed, which exploded.

We now have a better set of ignition timing and priming procedures to combat over-pressurisation on startup.